What have you been doing since our last conversation?
For the past 3 months we have been busy. We were very happy to have our first major exhibition at the Saatchi Gallery as part of the Start Art Fair, where we had two of our “zero waste” hand painted and glued works of art. We’ve since sold one for £ 9,000 using our favorite blockchain Zilliqa for payment!

We were also part of an online music festival with MixCloud where we created our latest album “Dr. Death – To the Nigredo and Back Again”, it was the ultimate portable party as it was streamed online.

As of this writing, we are at Episode 29 of our Dr. Death’s Redemption comic series which is a weekly NFT series that airs every Saturday at 11am UK time and is also built on the Zilliqa blockchain and currently episodes are being created and available. buy on Sparda Wallet. In mid-November, we launched our first physical NFTs which were a limited batch of “Episode 1 green t-shirts”. The NFT acts as a digital property of the official t-shirt as well as the care instructions. It was a great way to explore using an NFT for more than just verifying it as proof of ownership.

What does it all mean? / Who do you do it with?

High-end art always seems to be a key investment, but as we see pieces selling for millions, it is inaccessible to the majority of investors.

But what if there was a way to “split” ownership?

This is exactly what we will be offering on December 17th on Rarible Marketplace. We are going to hit 5 of our premium digital art artwork as NFTs. We are working in partnership with Marcel Art & Multeez to explore the NFT condominium. The NFTs will be ‘fractional’, what we mean by this is that a group of individuals can come together and co-own a coin, each of them owning a percentage of the asset and with the possibility to exchange their percentage independently as they wish. This ability to co-own luxury assets will soon be commonplace, so we are very happy to be at the forefront of the fusion of art, technology and finance. The possibility of having an easily verifiable certification on the chain of a percentage of an asset will also revolutionize other facets of commercial life: real estate, car ownership, family assets, it will be huge!

Come back to our twitter account @drdeathcultclub as good as @mar_cell_nft and @multeez to stay up to date for registration, dropout, and tutorials!

How can people get involved?
Multeez’s mission is to empower communities of creators and owners by introducing a new model of co-ownership:

“In our partnership with Marcel, we will provide a smooth, safe and social entry into the NFT space.
Additionally, our closed alpha platform will provide FAD Magazine readers with the ability to co-own digital assets.
Users will be able to collaborate, bid and buy works of art as a group. We provide live support and a tutorial that explains this process in more detail. Once users buy an NFT, they can sell part of their property or work with others to sell the NFT as a secondary sale. Oh, and we even support credit card transactions, so no need to mess with digital wallets.

“We see history repeating itself with impulses of scientific booms and religious beliefs. Ideologies rise, conquer and fall as civilizations lose themselves in time, taking with them their common perspective. The progressive impulses of human intelligence react equally and oppositely as we see civilizations move from the golden age of science, art and philosophy to dark ages of imbalance, violence and delay. The psychology of life revolves around itself as the moon revolves around the earth and the earth revolves around the sun. An imbalance in science, art and philosophy afflicts society afflicts the mind; Virulence is the antonym. Balance is the key, utopia the stage. Enter a future where religious mysticism illuminates the corners of abstraction and the analysis of rational thought the abyss of emptiness. Look into the future as we witness the next stage of evolution, the human male female, redeeming the balance of the three integral pillars of human perception, art, philosophy and science. .

“Our very first animated music video from our album ‘Thesis’ which we created under the name Dr. Death. “The Mental One Two” is a preview of the beginning of The Era of Redemption soundtrack. Let us take you on an immersive visual and auditory journey to awaken the fire from the depths of your mind as we revive the 32,000 year old Shamanic Spirit. Since its release, “The Mental One Two” has been shortlisted to appear at 7 film festivals around the world, including Pinewood Studios Take-Off Sessions. ‘

Something planned for 2022 that you can tell us about?

Yes! We’re excited to be guest designers at the St. Andrews Don’t Walk charity fashion event, where we’ll be showing off a selection of our sustainable fashion collection. All proceeds from this event will go to two non-profit projects, one is Impact arts which uses art therapy and practice for children and the elderly, the second is The Domestic Violence Project which helps survivors in legal services, advocacy and community education.

We have a few more things in the works but they’re super secret until the days get closer! 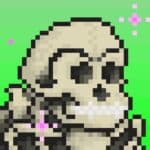 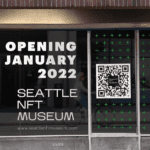 Founded by Jennifer Wong and Peter Hamilton, the Seattle NFT Museum (SNFTM) will open on January 14 with exhibits from […] 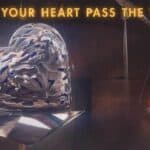