The8 revealed that her sexy outfit in SEVENTEEN’s “HOT” music video was not allowed to be worn on Korean music shows.

Keep reading to know the reason why it was banned.

On May 27, SEVENTEEN made their highly anticipated comeback with their fourth studio album “Face the Sun,” which features a total of nine songs, including title track “HOT” and their English song “Darl+ing.”

The music video for “HOT” was also released on the same day, and it quickly became the No. 1 trending MV on YouTube in the music category.

ALSO READ: SEVENTEEN Joins BTS As The Only Korean Artists To Record THIS Day One Sale

One of the outfits from SEVENTEEN’s “HOT” MV that caught fans’ attention is the one The8 wore towards the end of the video. He can be seen wearing slightly faded patchwork jeans and a colorful sheer shirt. 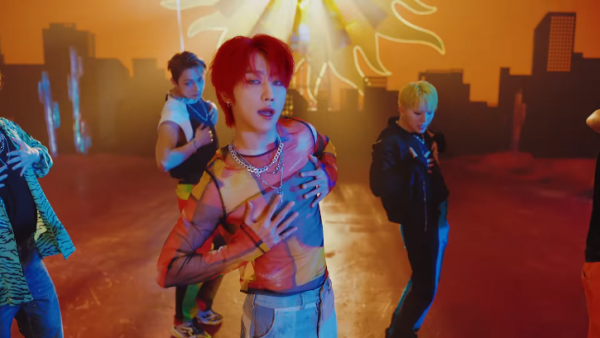 Usually, K-pop artists perform on Korean music shows wearing the same clothes as their music videos. However, Carats (SEVENTEEN fans) may not get to see The8 in this sexy outfit.

On the 27th, SEVENTEEN The8 held a live broadcast on Weibo and told fans that his see-through shirt was not approved to be worn on music programs. It’s simply because he didn’t follow the “broadcasting guidelines” for Korean music shows. He added that he probably won’t be able to wear this outfit again. 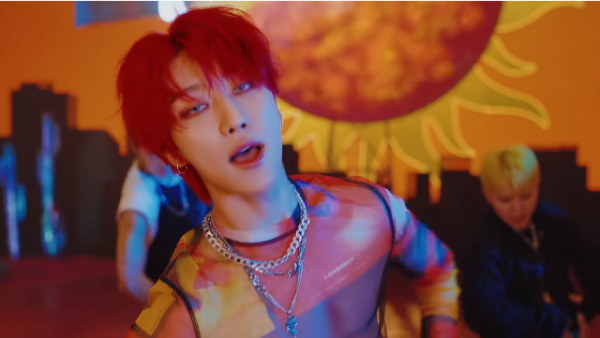 While prohibited from wearing the colorful sexy outfit in SEVENTEEN’s “HOT” MV, The8 still managed to flaunt her slender figure during their latest “Music Bank” performance with a different see-through outfit.

The8 may be banned from using it on Korean music shows, but that won’t stop them from wearing it for an overseas concert.

If you haven’t seen SEVENTEEN’s “HOT” MV, watch it here!

SEVENTEEN Talks About “Face the Sun,” “HOT” MV With PEOPLE

On May 28, SEVENTEEN members Joshua, Woozi, Hoshi, and Vernon sat down for an interview with PEOPLE released on Saturday, May 28. The artists discussed their new studio album “Face the Sun” as well as the music video for “HOT.” 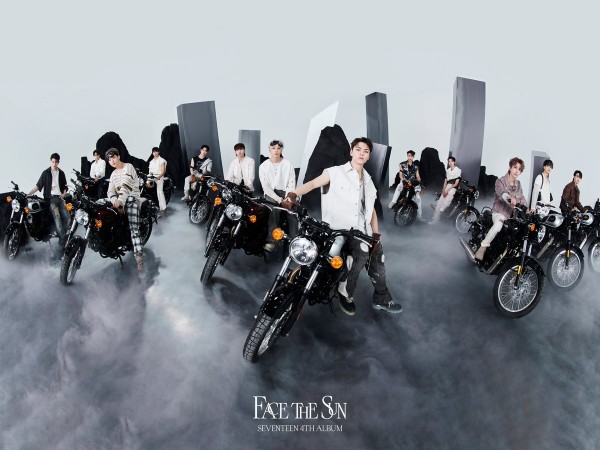 Regarding SEVENTEEN’s “HOT” clip, PEOPLE mentioned the part featuring motorcycles. When asked if anyone in the group could ride, Joshua revealed that none of them had a motorcycle licence. 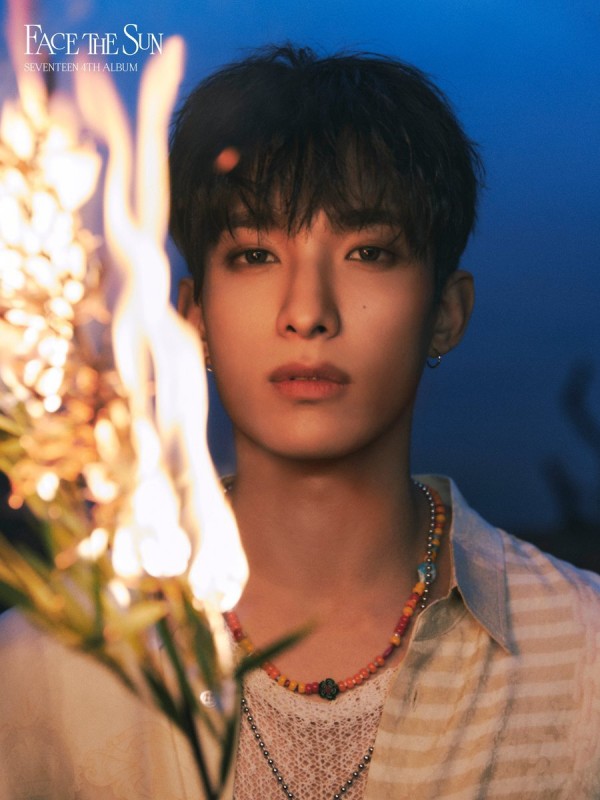 As the interview progressed, PEOPLE brought up the pyrotechnics in “HOT” and asked if there were any mishaps during filming.

“When we were shooting the concept photos, we had to set fire to a flower or a tree branch [next to our faces]”, Joshua recalled. “But I think DK put him too close and his hair caught on fire.”

Vernon added, “What’s even funnier is that he didn’t even realize it until he got home. It was just kinda sizzling. Kinda melted.”

For more K-Pop news and updates, keep your tabs open here on KpopStarz.