Brett Dennen tells us to get out and see the world at a time when we need it more than ever. Flamboyant-haired, six-foot-five tall, and blessed with a singular gift for pondering life’s most meaningful matters with equal parts innocence and sharp wit, you know Dennen from his decade-plus career. years as a singer/songwriter. With a string of hit albums and four Top Ten AAA singles like “Make You Crazy”, “Wild Child” and “Already Gone” in 2018, which reached its highest position yet, Dennen has established as a staple of American folk music. . www.rextheatre.org or (603)668-5588

Enjoy free admission to the gallery from 5 p.m. to 8 p.m., guided tours of the exhibit, and live music from the popular band Bluegrass & Americana, Hickory Horned Devils, in the Winter Garden of the Currier Museum! The Winter Garden offers a new signature cocktail every week. and a shared signature bite in addition to the full cafe menu for Art After Work. www.currier.org

OPENING WEEKEND! Based on one of Hans Christian Andersen’s most beloved stories and Disney’s classic animated film The Little Mermaid is a hauntingly beautiful love story for the ages. With music by eight-time Oscar winner Alan Menken, this fish fable will capture your heart with its irresistible songs, including “Under the Sea”, “Kiss the Girl” and “Part of Your World”. www.palacetheatre.org or (603)668-5588

Dan Crohn has been performing stand-up comedy in and around Boston for years. His jokes can be heard on XM Radio and he has been a guest on the popular WTF podcast with Marc Maron. Dan was named one of Last Comic Standing’s Top 100 Comedians for Season 9 and recently appeared on Gotham Comedy Live on AXS TV and Laughs on Fox. Emily Ruskowski is a staple of the Boston standing scene. She has been featured in the Boston Globe and the Washington Post. She was a 2018 Boston Comedy Festival finalist. She was featured on LaughsTV.www.rextheatre.org or (603)668-5588

It’s a killer comedy night with Paul Nardizzi, Mike Prior and Ken Richard! Bring friends for an evening of laughs. www.tupelomusichall.com or (603) 437-5100

Award-winning singer-songwriter Don Campbell and the Don Campbell Band perform a highly acclaimed concert celebrating the music of Dan Fogelberg. Dan Fogelberg was a multi-platinum recording artist, with hits such as “Longer”, “Leader of the Band” and “Same Old Lang Syne” and as a fellow songwriter and multi-instrumentalist, Don has always considered Dan a huge influence and musical hero. Following the release of Don’s tribute CD, “Kites to Fly: Celebrating the Music of Dan Fogelberg”, Don has traveled the country performing concerts of Dan Fogelberg’s favorite songs and classics as well as some of his own heartfelt originals. Don’s performances are endorsed by the Fogelberg Foundation of Peoria, whose leadership brought the band to Dan’s hometown of Peoria, Illinois, to headline its annual Dan Fogelberg Celebration weekend. www.rextheatre.org or (603)668-5588 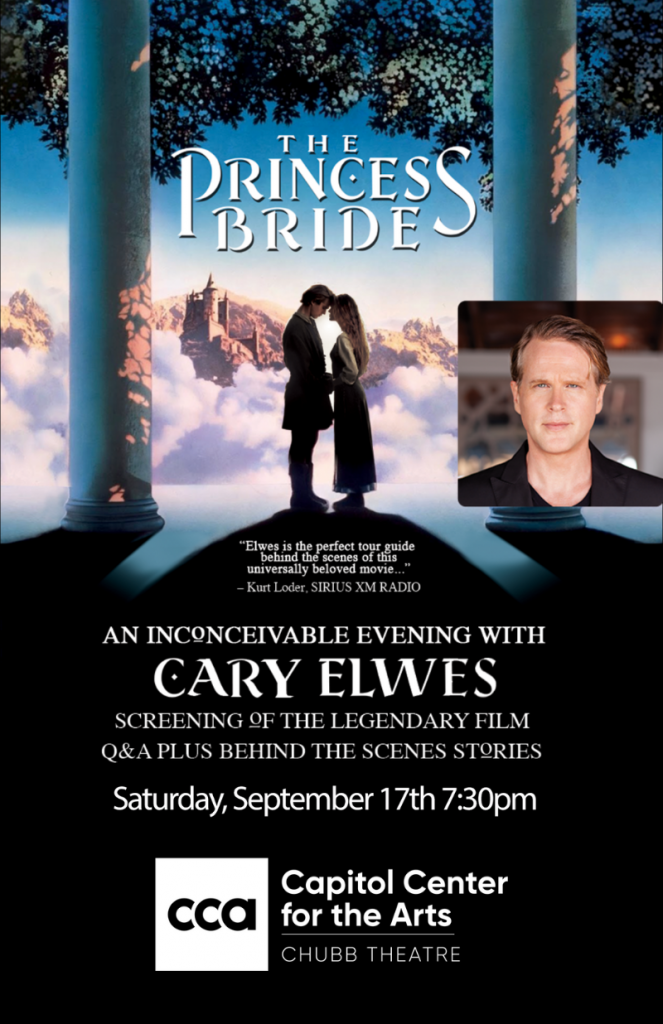 Join Cary Elwes (Westley) for ‘An Inconceivable Evening’ and get a behind-the-scenes look at life on and off the set of the classic movie, The Princess Bride. After a screening of the iconic film, Elwes will engage in a moderated discussion revealing never-before-told secrets and tales of inconceivable antics! Elwes has starred in a slew of movies and TV shows including Robin Hood: Men in Tights, Bram Stoker’s Dracula, Saw, Twister, Liar, Liar, Stranger Things, and The Marvelous Mrs. Maisel. He recently starred in Guy Ritchie’s “Operation Fortune: Cunning War,” just finished “Mission Impossible 7” with Tom Cruise, and is currently working on Zack Snyder’s sci-fi epic “Rebel Moon.” Now Elwes is hitting the road to share with fans the personal stories behind the making of this piece of cinematic history. www.ccanh.com or (603)225-1111

The Concord Multicultural Festival is an annual event in September to celebrate the beauty of diversity in the Capital Region, with food, performances, art, activities and a flag parade, all presented by members of our local community. Our mission is to foster an appreciation of diversity by providing engaging opportunities to share and learn about the many different cultures in the Capital Region, creating a welcoming community for all. https://concordnhmulticulturalfestival.org/home

Join us for our 17th Annual Auction and Performance Fundraiser! Performances by Majestic adult, teen and youth actors, silent auctions including tickets and passes to arts and cultural venues, electronics, gift baskets, restaurant gift certificates, artwork art and more! There is something for every taste ! Special themed raffles and refreshments each evening. www.majestictheatre.net or (603)669-7469