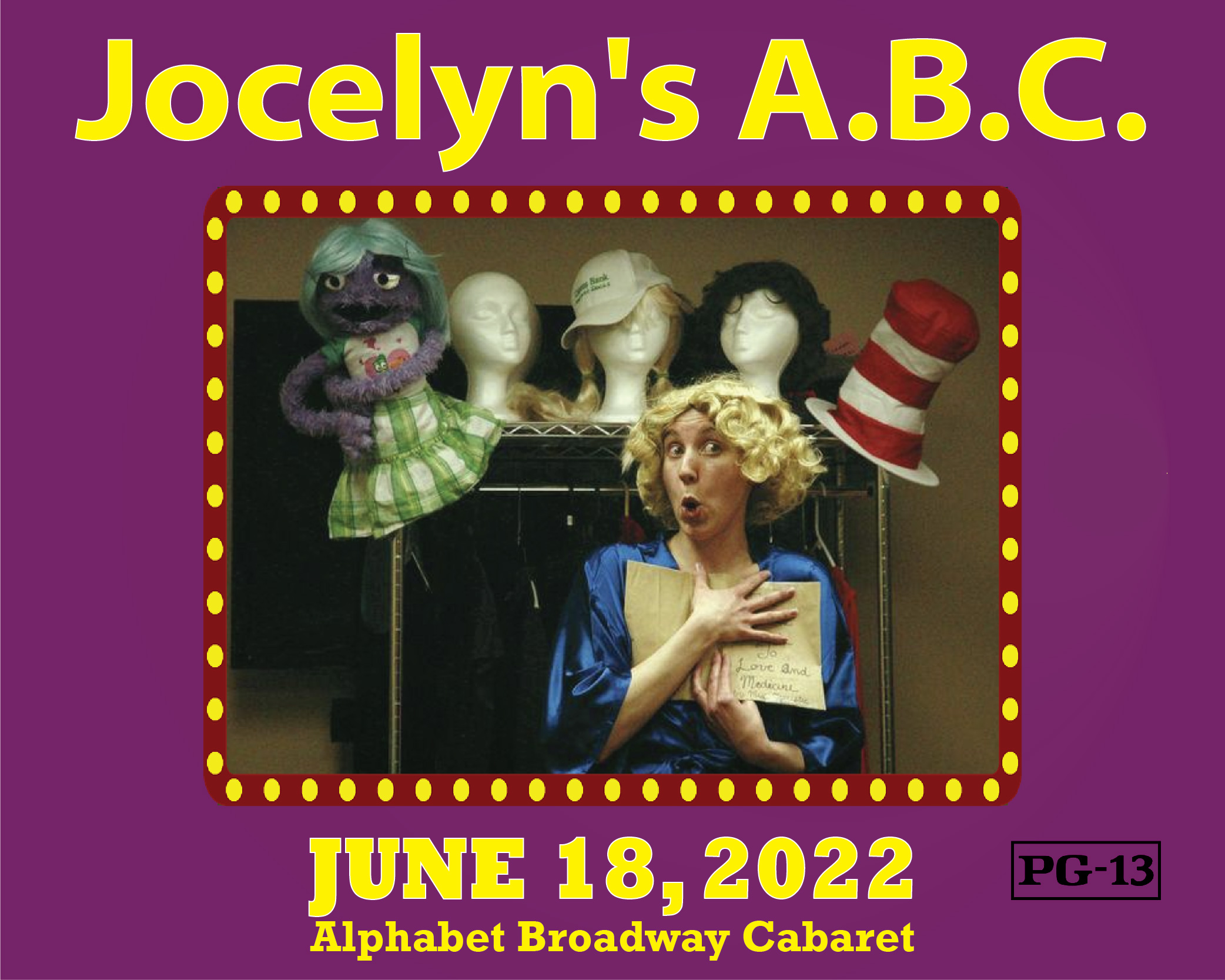 Jocelyn Duford presents her acclaimed one-woman show “ABC: Alphabet Broadway Cabaret”. With a musical theater song for each letter of the alphabet; ABC is hilarious and poignant at times as Jocelyn changes up wigs, costumes, and characters while showcasing the talent and artistry she’s known for. Mention “The Morning Show” and get $10 tickets if purchased before 5 p.m. Friday, June 17e.

The classic 1987 cinematic fantasy burst onto the stage in an unforgettable theatrical experience. With a witty, moving and insightful book and a dazzling, energetic and heartfelt contemporary score. Josh Baskin is tired of being a clumsy kid. During a carnival, he makes a wish to the Zoltar machine so that it becomes “great”. To his surprise, his wish is granted. After a naturally awkward start, Josh is forced to do “adult” things, like finding a job and a girlfriend. In the end, he discovers there’s so much more to being an adult than he bargained for and learns that we all have to grow up at our own pace, at our own pace.

Tony V began his career as a stand-up comedian in 1982 after attending several shows at Boston’s prestigious Comedy Connection. He walked in one night, quite by accident, looking for some relief from the stress of a high-pressure job as a social worker at Somerville Mental Health Center. Tony was headed for a master’s degree in social work after earning a bachelor’s degree in psychology from the University of Massachusetts. Shortly after, he took the stage himself. Tony’s wise street humor tempered with a genuine sense of the human condition quickly propelled him to headlining status on the national comedy club circuit.

Chris and Dan Brubeck have been making music together pretty much their entire lives. Drummer Dan and bassist, trombonist and composer Chris recorded their first record together in 1966, nearly half a century ago. They went on to play a variety of styles in a number of different bands, as well as with their father, jazz giant Dave Brubeck, and with their own Brubeck Brothers Quartet. With Dan and Chris as the foundation, guitarist Mike DeMicco and pianist Chuck Lamb round out this dynamic quartet.

A fabulously fun, award-winning musical based on the beloved film, Legally Blonde The Musical, follows Elle Woods’ transformation as she tackles stereotypes and scandal in pursuit of her dreams. Action-packed and explosive with memorable songs and dynamic dances – this musical is so much fun it should be illegal! Elle Woods seems to have it all. Her life is turned upside down when her boyfriend Warner dumps her so he can attend Harvard Law. Determined to get it back, Elle ingeniously manages to make her way to the prestigious law school. There, she struggles with her peers, her teachers and her ex. With the support of a few new friends, however, Elle quickly realizes her potential and sets out to prove herself to the world. 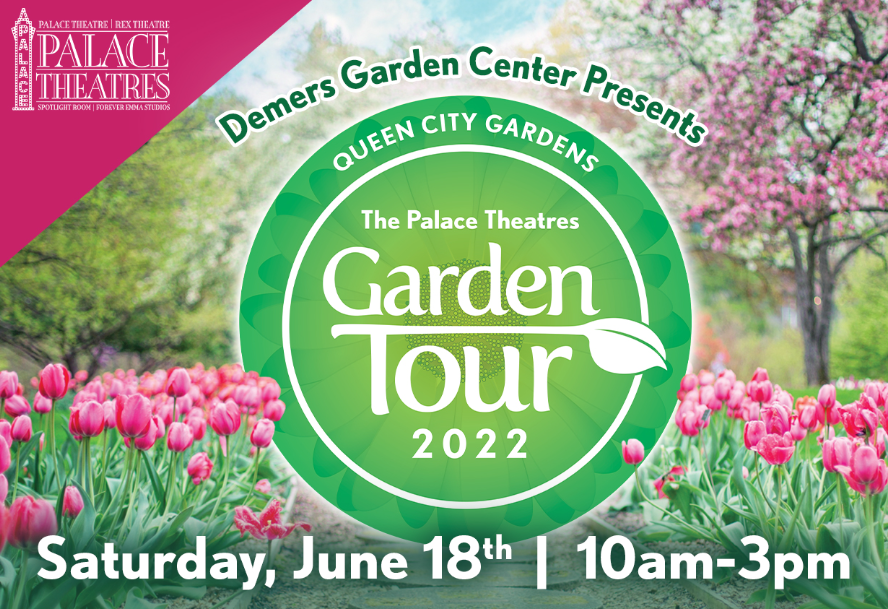 Join us for the 3rd Annual Palace Theater Garden Tour on Saturday, June 18, 2022! Develop your love for the outdoors by spending an enjoyable day on a self-paced, guided garden tour featuring several private gardens in Manchester with special stops along the way. Registration is from 9:30 am to 12:00 pm at the Demers Garden Center in Manchester. The visit takes place from 10:00 a.m. to 3:00 p.m. Tickets available.

ART EXHIBITION: From the Ground Up / McLane Center (Concord) / Until June 29

The McLane Center is pleased to announce a new art exhibition: From Scratch – A Forester’s Perspective. Ingeborg Seaboyer is a lifelong resident of Derry, New Hampshire. Her artistic training spanned from Pinkerton Academy at the University of New Hampshire to the Manchester Institute of Arts & Sciences (now the New Hampshire Institute of Art) where she began to explore pen drawing and in ink in 1993. A state forester in the New Hampshire Division of Forests and Lands, his drawing became something of a second career. His works are inspired by his life in the fields and forests of New England; really see these rural landscapes from scratch. She is a founding member of the Derry Area Artists Collaborative and her work can be seen at www.derryareaartists.com .

NATURE: “Spread your wings” days / Petals in the pines (Canterbury) / Thursdays until August 18

During “Spread Your Wings” days, Petals in the Pines opens its Nature Explore outdoor classroom for moments of discovery and unstructured play. Take advantage of their Arbor Day certified playgrounds. . . build a fort in the Mossy Messy area, create a nature craft in the Indian Paintbrush nature art area, water vegetables or search for worms in the Peter Rabbit Garden, or dress up as a fairy or gnome . They let children take the lead in doing what interests them most in a safe and nurturing environment. Children of all ages, from young to infants, will enjoy their experience here. Prepaid reservations required. www.petalsinthepines.com/spread-your-wings

Don’t miss the fantastic Mike Donovan on Saturday June 18e. Boston comedy legend Donovan hasn’t lost his fastball since the days when his impersonation and killer Johnny Most act captivated and delighted Boston audiences at the grand Ding Ho Comedy Club, considered the birthplace of of modern Boston comedy. He appears with two big newcomers, Dan Donahue and Caroline Cooke. Tickets are $20 in advance or at the door (cash only). www.ScampsComedy.com

Presented by Bedford Off Broadway. Elwood P. Dowd is an affable man who claims to have an invisible (and presumably imaginary) friend Harvey—whom Elwood describes as a six-foot, three-and-a-half-inch (192 cm) tall pooka resembling an anthropomorphic rabbit. Elwood introduces Harvey to everyone he meets. Her sister Veta, a social climber, finds her eccentric behavior increasingly embarrassing. She decides to have him committed to a sanatorium. When they arrive at the sanitarium, a comedy of errors ensues. www.bedfordoffbroadway.com