German thrash metal veterans Destruction are celebrating their 40th anniversary with their hard-hitting new album, Diabolical, out April 8 via Napalm Records. In this new music video, the band takes you behind the scenes of their latest music videos:

On their 15th studio album, Destruction bring out heavy artillery full of honest, uncompromising thrash metal, catapulting you straight into seventh heaven of metallic bliss and unleashing a razor-sharp slaughter of sound no fan of the genre should. to lack.

Schmier says of the recording, “It was the most fun we’ve had working on a record in a very long time and you can hear it. Yes. it was theoretically a difficult album but we didn’t think that way while we were recording it. We just followed our emotions, blocked and shook with strong intuition! This recording was like therapy for me, we all know how hard times are right now. So I’m super happy with how it all turned out!”

Guitar shredder Damir adds: “It was a real honor for me to record this album. The studio work for Diabolical was very spontaneous and we had a lot of fun creating these dynamic, multifaceted and brutal yet diverse songs. I loved every second of working on this record!

After the busy start to opener “Under The Spell,” Destruction shows no mercy on title track “Diabolical,” with raging drums, bloodthirsty riffs, and hellish vocals that sink deep into your bones. “No Faith In Humanity” rages relentlessly with non-stop headbanging action, while Destruction continues to shatter eardrums on “Hope Dies Last” – delivering unbeatable brutality with unstoppable speed, destructive verses and shrill vocals. “Tormented Soul,” meanwhile, is loaded with heavy metal and explosive drums. The grand finale of the 47-minute parade of devastation is provided by the cover version “City Baby Attacked By Rats”, originally by GBH, guaranteeing a boost by combining raw hardcore punk with raw thrash metal.

Destruction riff killer Furia about the new record: “Diabolical is an album of extremes, everything is more brutal and more technical but at the same time more melodic and relevant. It’s a pure and devastating Destruction album without gimmicks, full of power and adrenaline. I’m excited for what the future holds and can’t wait to play the new songs live! 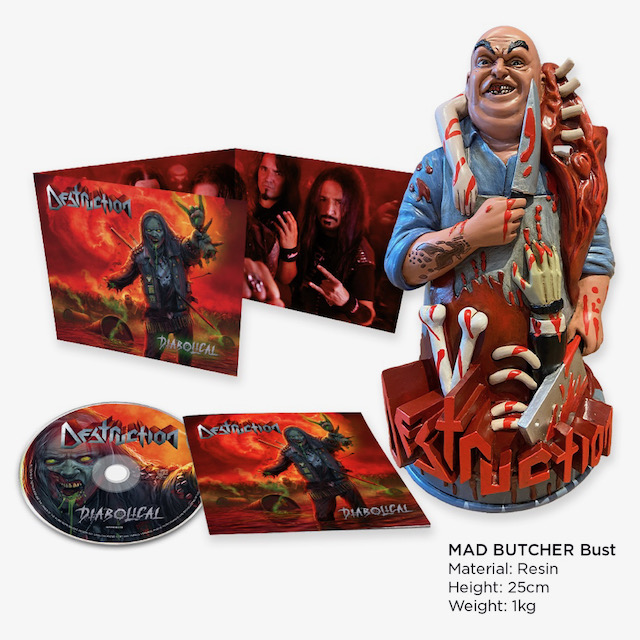 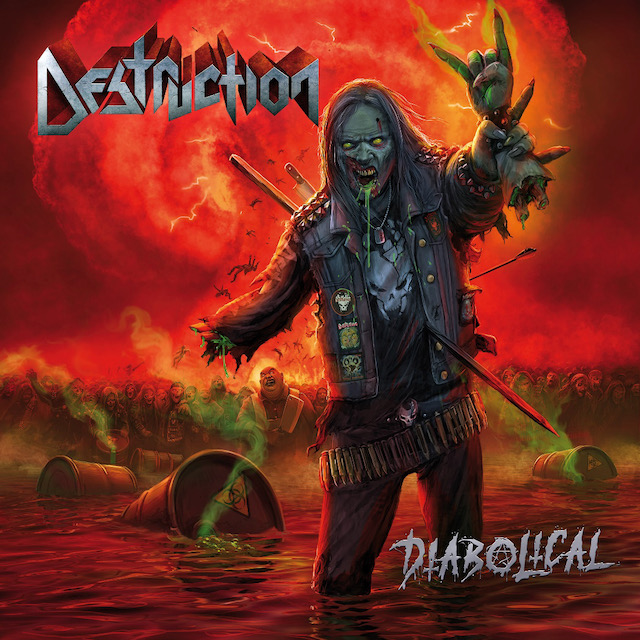 Video “No faith in humanity”:

Video “making of” of the work:

Video of the studio session:

Destruction recently announced that not only will they be celebrating their 40th anniversary by dropping their mind-blowing grenade of a new album, Diabolical, but they’ll also be hitting the road in North America on a 26-date tour this spring.

With live support from top-tier thrash metal force and label mates Nervosa, the tour will also feature special guests Sunlord and VX36. The run kicks off April 28 in Brooklyn, NY and hits a slew of cities before ending with a destruction-only performance at Maryland Deathfest in Baltimore, MD on May 29. Tickets are on sale now through individual sites.

Schmier, mastermind of destruction, says: “Yes, we are super excited: the first tour of the new record, Diabolical, will start in North America! We weren’t able to tour there on the last album due to the pandemic, so we made it a top priority to come back as soon as circumstances allowed, to play again for our American fans! We’re bringing our Nervosa friends with us – they’re a perfect match! We shot together before and the pits were smoking! They also haven’t toured the US or Canada in a long time. It’s a killer package and we’re super excited! See you all for a serious beating!!! ”

Nervosa guitarist Prika Amaral adds: “It will be a super fun tour with legends and friends – Nervosa with Destruction touring for the third time together, but this time in North America, and Nervosa with the new lineup. Get ready for a thrash massacre! We can’t wait!” 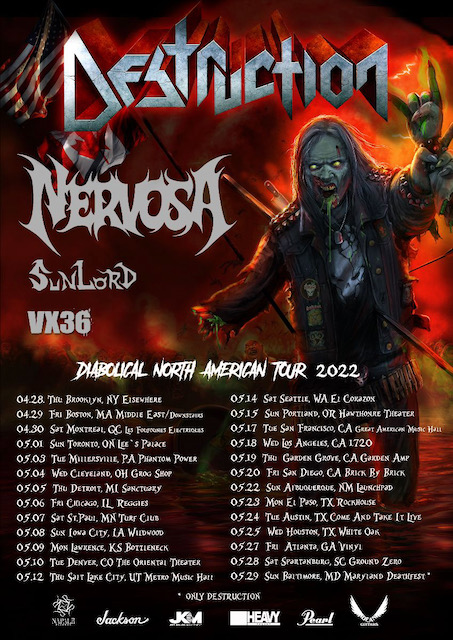